What is Form Analysis ?

Form Analysis lets you access your website forms to recognize issues in their usability. It helps in improving the issues that are ceasing users from submitting a form and in turn hindering the process of conversions. 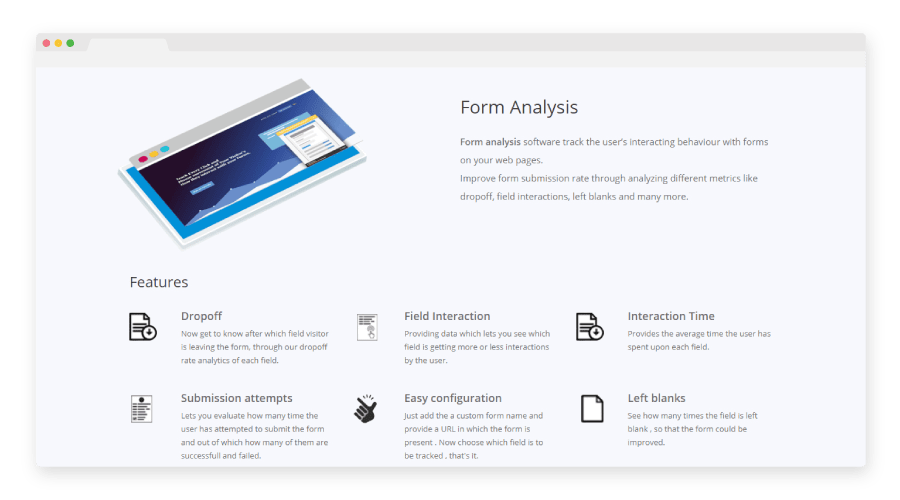 Elements need to be covered  in Form Analysis :

Form analysis enables us to capture visitor’s interaction with each and every field of a form. Therefore you can know where visitors are losing out their way so that you can generate valuable insights to improvise the form.

What is the need for Form Analysis ?

You can evaluate the performance of forms through Analytical tools. How? By measuring the conversion rates or by measuring the number of form submits. This is merely the external insight of form analysis. The internal insights define why are customers not submitting the form.

This is how you can optimize a form. You can only know the root cause of visitors behaviour by delving deeper into the reasons: In which field did the visitors mostly hesitate while filling up the form or which field is not being filled mostly in the users' session?

NotifyVisitors Dashboard Form Analysis provides us valuable insights regarding the users' interaction with the forms and fields of a specific form.

How can you visualize the user insights on NotifyVisitors dashboard :

1. Go to the Dashboard, click on the FORM ANALYSIS under the configuration section. Click on the reports section and you will be able to visualize the analytics. 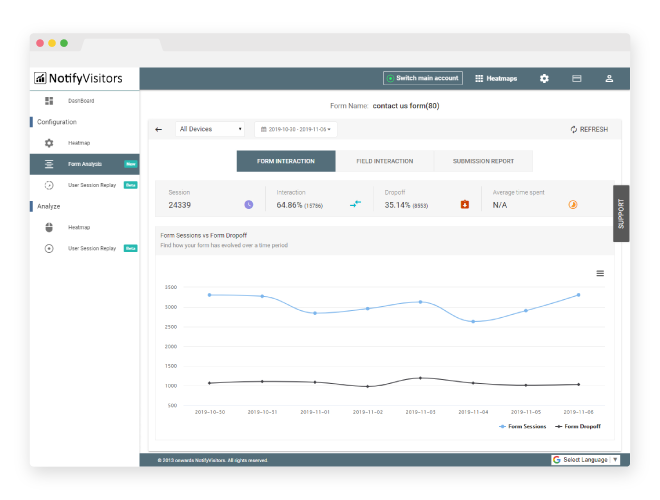 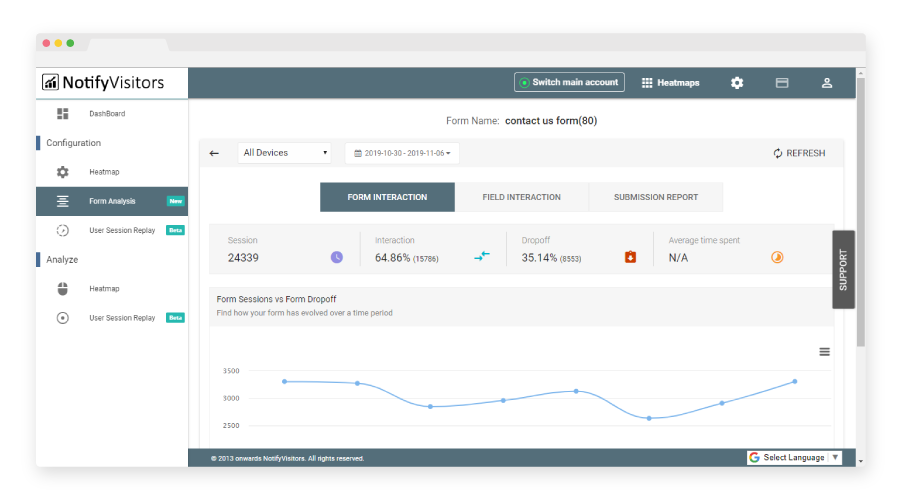 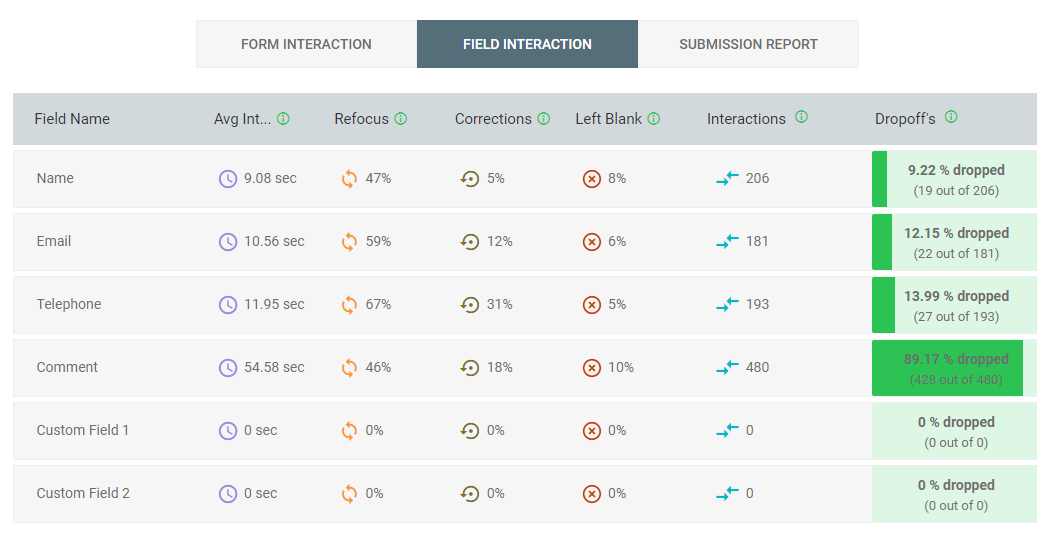 4. Submission Report: Submission report gives you real-time analytics into the average percentage or number of submission attempts done by a user. They include failed as well as successful attempts. 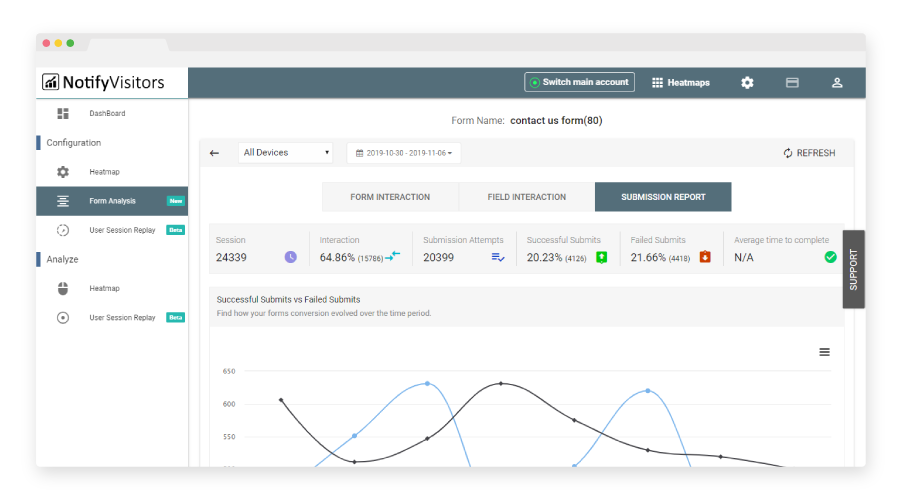 Define the variables of the submission report :

NotifyVisitors form analysis allows you to know the intricate details about users’ behavior while they fill up a form.